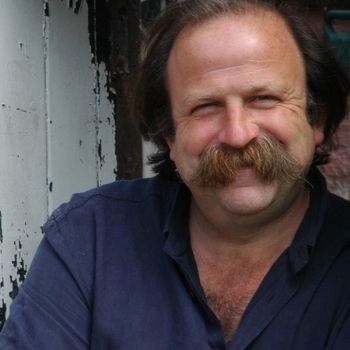 Dick Strawbridge is an energetic and versatile television presenter. A retired Lieutenant Colonel, and man of many interests, you may know him from his current programme "Escape To The Chateau" (C4) which follows him and his wife's journey renovating an historic French Chateau which he has tuned into a wedding and events venue.
Dick came to prominence presenting 'Scrapheap Challenge" (C4) and then the popular BBC2 series on sustainable living and eco-technology 'It's Not Easy Being Green'.
From a very early age Dick was interested in 'taking things apart', but had a very poor reputation when it came to putting them back together again - almost always ending up with a little pile of 'left-over-bits'. However, as long as he could still get whatever unfortunate machine he was 'fixing' to work, and wherever brute-force would suffice, he remained undaunted.

Dick believed, and still believes today, that understanding how and why things work, is as important in it's own right as actually 'getting the thing to work' .

In 1978 Dick joined the Army, and a few years later did a degree in Electrical Engineering. Over the next 20 years Dick rose from Troop Commander to Lieutenant Colonel, and enjoyed serving and playing rugby all over the world.

He writes, host conferences, gives talks on British innovation, leadership and teamwork, lectures at schools and colleges, and makes keynote and after dinner speeches.