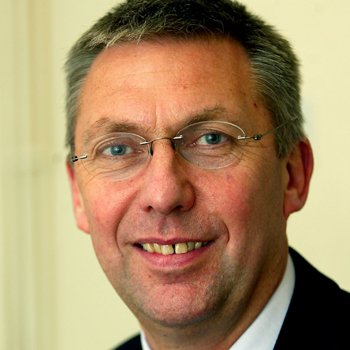 David took the organisation from the brink of bankruptcy (then the British Athletic Federation) to become the most commercially successful athletics governing body in the world. Milestone achievements included:

David started his career as a middle distance runner alongside such luminaries as Steve Cram, Seb (now Lord) Coe and Steve Ovett. He competed in 3 Olympics and highlights of his career include a Commonwealth Gold in the 1500m, the European Record in 3000m and the World and British Record in the 5000m (the latter of which still stands).

After retiring he joined the BBC commentary team and also worked with a variety of regional and national sporting bodies, culminating in his appointment at UK Athletics.

He is regularly asked to speak at corporate events around the country, giving keynote presentations, performance workshops and management coaching. With his achievements both on and off the track, David provides a unique insight into:

"David was an ideal choice for our business audience and I have had really positive feedback from attendees. He is a good presenter, full of interesting anecdotes and well able to link business issues to the sporting dimension."
David was speaking at the North Wales Business Club dinner - October 2010
"thank you for [your] input into our day at Celtic Manor¦I found your company a delight during the day and thought your talk was absolutely spot on, certainly this was a sentiment shared with all those that attended¦[I] hope that we can use you again at future Capita events."
Capita - David played and spoke at their annual golf day in May 2008

"Thank you so much for attending our ATP Awards ceremony and giving an inspiring and excellent speech. We've had loads of positive feedback from colleagues who really enjoyed your presentation and the opportunity to meet you!"
Buckinghamshire County Council on David Moorcroft OBE - March 2008

"For someone with your record of achievement to talk with us about the importance of our organisational values had a big impact on everyone attending. I personally was inspired by your advice and will remember a number of key elements...for a very long time. I know I was not alone in taking a great deal out of the afternoon - the feedback was universally positive."
Which? on David Moorcroft July 2007