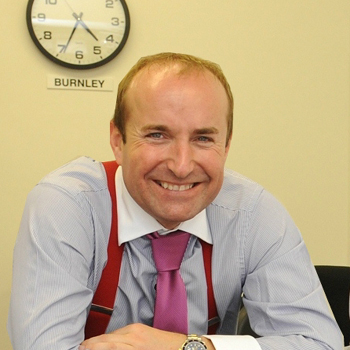 Entrepreneur Dave Fishwick left school aged 16 without any qualifications.  But armed with a huge amount of determination and ambition, he became the largest supplier of minibuses in the country, and a multi-millionaire.
Dave was the star of Channel 4's 2012 hit show 'Bank of Dave'. The observational series saw Dave embark on a mission to create his own bank and send it into profit in 180 days. He gave loans to businesses struggling to get help from the conventional banks and finding it hard to grow in the current economic climate.  Much like an old-fashioned bank manager, Dave offered not only money but hands-on advice. He started the bank with his own cash, promised not to take a big salary or bonus and give all profits to charity.
For Dave's 2013 follow up 'Fighting The Fat Cats' politicians from all sides were quick to jump on Dave's banking bus to show their support. Hailed by many as the 'People's Banker' Dave received letters pleading for him to open more 'banks'. But not everyone was a fan of Dave and his little 'bank'in Burnley and the FSA, which regulates the banking industry, had its own nasty surprise in store.
Dave first took an interest in banking in the wake of the economic crisis in 2008/09 when he realised that high street banks were no longer giving loans to his customers.  So he decided to lend them the money himself.  It made him want to take things further and start his own small bank.
Dave's first forays into business came about when he started buying and selling cars when he was an apprentice builder.  He hated working in the building trade, and at 16 he managed to persuade the owner of a back-street garage in Nelson to let him to take a car, do it up and sell it on. He would then give the garage owner the £70 that was agreed.  He worked on the car at night while and on the building site by day.  When the car was gleaming, he sold it for £97.  The profit he made was as much as he earned in a week as a YTS apprentice.
He was soon selling one car a week, then six a month. After buying a run-down van, doing it up and selling it, he realised that there was real money to be made in vans and minibuses. By 1994 he had bought his own garage.
David Fishwick Van and Minibus Sales is now the biggest minibus supplier in Britain, offering affordable customised minibuses for schools, sports teams, community groups and local authorities. It has a multi-million pound turnover and employs lots of local people.  Based in Colne, Lancashire, its sites are stocked with top quality minibuses and light commercial vehicles and the business is fast becoming Europe's leading supplier of 17-seater minibuses. They have even built and supplied specialist minicoaches to Gurkha soldiers in Nepal.
In addition, Dave owns a residential and commercial property portfolio and he has a commercial vehicle parts business operating throughout Britain and Europe.
Dave holds a pilot's license to fly planes and helicopters and regularly flies around the country to check out fleets of vans, mini-buses and mini-coaches. He is a big supporter of community sport and his company sponsors Championship club Burnley FC, and backs several community-based teams and young sport persons in Lancashire.
Dave's book, Bank of Dave, appeared on the Sunday Times Business bestseller list.
"Brilliant presentation grabs the audience from the start."  Yorkshire International Business Convention - June 2014
Read More