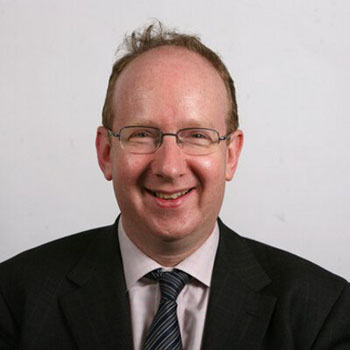 Daniel Finkelstein, OBE, is the Executive Editor, columnist and chief leader writer of The Times. As Executive Editor, one of his key responsibilities is to oversee the digital editions of the newspaper.
He writes a popular weekly political column in the comment section, and he also writes the Fink Tank, a statistical column on football, for the Saturday edition of the paper.
Daniel graduated from the London School of Economics, where he studied economics and politics.
From 1990 and 1992 he was the editor of Connexion, Britain's first internet and data communications newspaper.
Between 1995 and 1997, he was Director of the Conservative Research Department where he advised Prime Minister John Major and attended meetings of the Cabinet when it sat in political session.
Between 1997 and 2001, he was chief policy adviser to the Leader of the Opposition Rt. Hon. William Hague MP and Secretary to the Shadow Cabinet.
In 2001, he was Conservative parliamentary candidate in Harrow West.
Daniel was awarded an honorary Doctor of Science by the City University.
He is a regular guest on news and current affairs television including Newsnight and The Daily Politics.
Daniel is an experienced and engaging public speaker, and an in-demand contributor to news and current affairs programming.
Read More