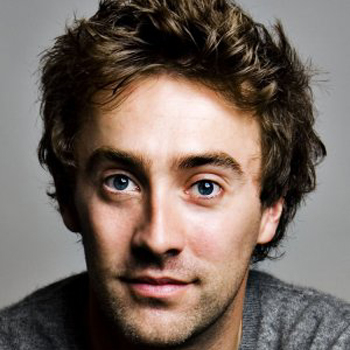 Dallas is a versatile and well travelled factual presenter who has filmed in some of the world's most extraordinary and challenging locations: sewer diving in Mexico City, abseiling off the world’s tallest building in Dubai, exploring secret chambers in Egypt’s Great Pyramid, filming rocket launches to the International Space Station in Kazakhstan and diving for lost Spanish treasure off the coast of Cuba.

On BBC4 he is a regular presenter of the Horizon Guide series, which covers a variety of big science subjects, from dinosaurs to quantum mechanics. He has presented Voyager: Beyond the Final Frontier - the story of NASA’s epic interplanetary missions to explore the outer solar system and beyond, and The Drake Equation: The Search for Life - about the history of our efforts to find life beyond the earth, as well as searching for UFOs on The Sky at Night and helping Brian Cox demonstrate The Science Of Dr Who in a special televised lecture at the Royal Institution. In 2016 he recreated Television's First Night – for the 80th anniversary of BBC television. He appeared as a live hologram in the 2014 Royal Institution Christmas Lectures.

In January 2015 Dallas won Celebrity Mastermind, his specialist subject being the films of Werner Herzog.

He is a regular contributor to the BBC’s Science magazine Focus, The Times’ Eureka magazine and has written for The Observer. He has been a guest on BBC Radio 4’s comedy science show The Infinite Monkey Cage, Loose Ends with Clive Anderson and Shaun Keavney’s Breakfast Show (BBC6 Music), and regularly appears on The One Show, BBC Breakfast & The Wright Stuff.

In 2015 Dallas was made an Honorary Fellow of the British Science Association in recognition for his work in engaging more people with science and technology. He is a judge on their annual Young Scientist & Engineer of the Year awards.