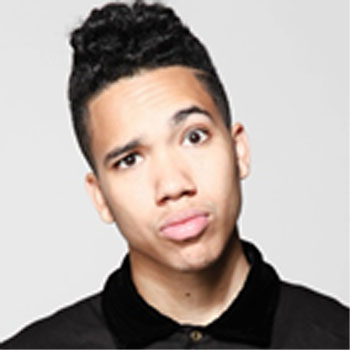 Craig Mitch is an exciting presenter who has managed to build up an impressive amount of broadcast skills from writing and creating content as well as producing and marketing it. Craig is experienced on both radio and TV as a broadcaster.

Craig is currently a presenter on The Premier Leagues show Kick-Off and co-hosts content for JD Sports’ online YouTube football channel JD Football alongside Stevo The Madman. Craig has also been named as the Global Representative for New Balance Black Out Squad campaign which went live in July last year. He has been regularly filming content with football managers such as Jurgen Klopp and players in the lead up to the campaign launch.

Craig has worked for a number of broadcasters, brands and platforms, including Samsung, New Balance, MTV, Nike, Copa 90, Adidas, Flavour Mag, Spurred On and The Football Republic to name a few. His radio work has included stints on DJ Cameo’s BBC 1Xtra show with the UKG news and he spent 9 months on Roundhouse Radio.

With his feet firmly cemented in online culture, Craig has made a leap onto the small screen featuring on Sky One’s What’s Up and Trace Sports Star-rated. Edgy, fun and talented, Craig’s main passions are sport, fashion, film, TV and music. With drive and motivation like Craig’s, 2019 is going to be an even bigger for this modern broadcaster.