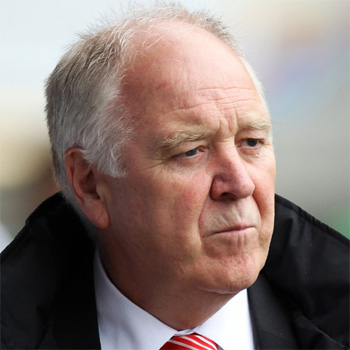 Craig made his name internationally as Scottish national team manager a post he was appointed to in November 1993 where he was both International Team manager and Technical Director.  Craig had an outstanding record as Scotland Team Manager losing only five games in 27 competitive matches. Prior to the appointment to the post he led the Under 21 Team to third place in Europe in 1992 and the Scottish Under 16 Team to the World Youth Cup Final in 1989, losing on penalties, after extra time, to Saudi Arabia.

Prior to joining the staff of the Scottish Football Association Craig was in charge of 1st Division Club, Clyde F.C, for ten years. He won two League Championships with Clyde and produced many outstanding players such as Steve Archibald, Pat Nevin, Ian Ferguson, etc.

He has Bachelor of Arts degree and Diploma in P.E. Prior to full time football involvement was Head Teacher, then lecturer in P.E.

Craig is an excellent after dinner speaker, with some excellent insights into football, with humorous and moving stories.