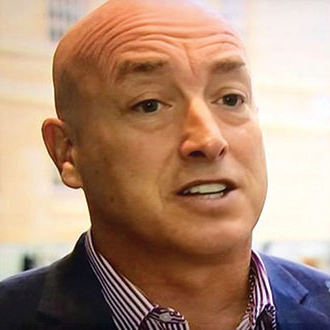 Chris was a police officer for 30 years, specialising in counter terrorim and became Head of the National Counter Terrorism Security Office.

He co-ordinated the Counter Terrorist security for visits to the UK from foreign governments and dignitaries. His specialism however is in the field of strategic Counter terrorism advice and best practice. As Head of the National Counter Terrorism Security Office he had three major responsibilities within the United Kingdom.

- The protection of Crowded Places within the UK and to reduce the vulnerability of British nationals overseas from the terrorist threat to crowded places and soft targets.

- Supporting the CPNI to Protect the UK’s Critical National Infrastructure.

He was responsible for training, accrediting, tasking and co-ordinating over 250 Counter Terrorism Security Advisers across the UK, and NaCTSO is an acknowledged world leader in these ares.

He is the founder and Managing Director of the International Protect and Prepare Security Office. He has provided consulting advice and support to a number of blue chip companies, for example, Aon Crisis Consulting, Marks and Spencer, 3M, Sodexo, Honda UK and Regester Larkin. He has represented the UK government in a number of countries as a Counter Terrorism expert and has developed and trained many Police, Military and Business people in Counter Terrorism. He has developed courses for the private sector related to terrorism issues and frequently travels to South East Asia to provide training.

He gives numerous keynote speeches each year at major conferences in the UK and abroad, and has written many articles for newspapers and magazines. He is a regular commentator on Policing, Security and Counter Terrorism matters across the media, often appearing on ITV, Sky and the BBC.