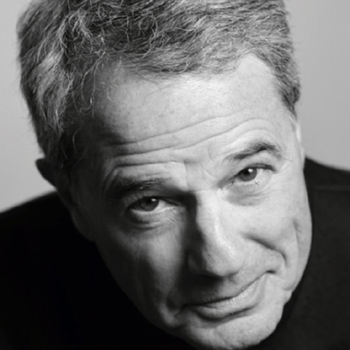 Charles Glass is a broadcaster, journalist and writer, who began his journalistic career in 1973 at the ABC News Beirut bureau. He covered the October Arab-Israeli War on the Egyptian and Syrian fronts and the civil war in Lebanon, where artillery fire wounded him in 1976. He was ABC News Chief Middle East correspondent from 1983 to 1993. Since 1993, he has been a freelance writer in Paris, Tuscany, Venice and London, regularly covering the Middle East, the Balkans, southeast Asia and the Mediterranean region. He has also published books, short stories, essays and articles in the United States and Europe.
In 1986, he interviewed the hostage crew of TWA flight 847 on the tarmac of Beirut Airport. He broke the news that the hijackers had removed the hostages from the plane and hidden them in the suburbs of Beirut, causing the Reagan Administration to abort a rescue attempt. In 1987, he was abducted and held hostage for two months before escaping from his Shiite Muslim captors. In 1988, he exposed Saddam Hussein's then-secret biological weapons program. The U.S. government rejected Glass's claims, until Iraq invaded Kuwait in 1990. In addition, Glass was the only U.S. television correspondent in northern Iraq covering the entire Kurdish rebellion in 1991. One year later, he went alone with a hidden camera to Indonesian-occupied East Timor and, despite government restrictions, filmed and filed a report on repression and torture. This report influenced a U.S. Senate committee to vote to suspend U.S. military aid to Indonesia. He has covered wars in the Middle East, Eritrea, Rhodesia, Somalia, Iraq and Bosnia-Herzegovina. He was correspondent for CNN & TIME; he covered the 2003 invasion of Iraq for ABC News and Harper's magazine; he returned to Iraq in 2004 for The Independent and the London Review of Books.
Glass has served as correspondent for Newsweek magazine and The Observer. For more thirty years, he has been a regular contributor and columnist in newspapers and magazines in the United States and the United Kingdom. He has lectured regularly on the Middle East, American foreign policy, world journalism and human rights in the United States and Britain. His work has appeared in TIME magazine, Chicago Daily News, The Guardian, The Daily and Sunday Telegraph, The Independent and Independent on Sunday, The Spectator, New Statesman, Times Literary Supplement, Rolling Stone, Esquire, GQ and The American Conservative.
His books include Tribes with Flags, Money for Old Rope, The Tribes Triumphant,  The Northern Front, Americans in Paris: Life and Death Under the Nazi Occupation, 1940-1944, and The Deserters: A Hidden History of World War II.
He has made many documentary films including "Pity the Nation: Charles Glass' Lebanon"; "Iraq: Enemies of the State" about military escalation and human rights abuses: "Stains of War" about war photographers; "The Forgotten Faithful" about the Palestinian Christian exodus from the West Bank; "Our Man in Cairo"; "Islam" for London Weekend Television; and "Sadat: An Action Biography" for ABC.
Charles is a dual US/UK citizen.
Read More