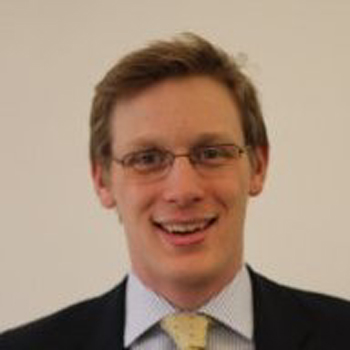 Charles is head of Macroeconomics at the Centre for Economics and Business Research, one of the UK's leading economics consultancies. He runs the macroeconomics consulting practice, joining CEBR (Centre for Economics and Business Research) as an economist in 2007, Charles rose through the ranks to become Head of Macroeconomics in 2011.
He delivers a range of macroeconomic analysis and forecasts to clients, including the quarterly United Kingdom Prospects Report, Consumer and Housing Prospects Report and Global Prospects Report. Charles is responsible for the firm's macroeconomic advisory service and advises a wide range of private sector organisations providing quarterly briefings for UK Members of Parliament on the outlook for the global and UK economy with focus on how it is affecting the small business sector.
An economic advisor to ICAEW (Institute of Chartered Accountants in England and Wales). As such he authors CEBR's quarterly Economic Insights Reports for ICAEW for the Middle East and edits CEBR 's quarterly Economic Insights Reports for ICAEW for China and for South East Asia. He has a successful speaking tour of the Far East and the Middle East under his belt.
Charles' analyses of macroeconomic developments have been quoted in major print publications such as:Financial Times, Guardian, New York Times, Wall Street Journal, Bloomberg and Reuters, And he has appeared on a range of international media including BBC, ITV News, CNN, CNBC, and Thomson Reuters.
Read More