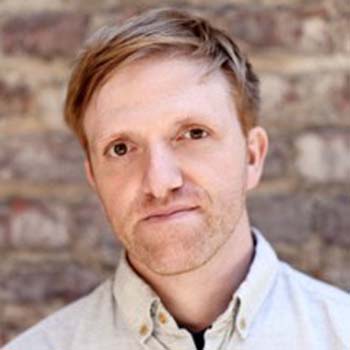 Charles Adler is a Co-founder of Kickstarter, the groundbreaking crowdfunding website. He  shaped the company into the world's largest marketplace dedicated to funding independent creative ventures. Since then, 5.2 million people have pledged $866 million to bring 52,000 projects to life through the world’s largest crowdfunding marketplace. Successful projects that range from computer games to music albums, technology, fashion, educational projects and feature films.
The Kickstarter phenomenon continues to grow and expand, and Charles is widely recognised as one of the digital era's most exciting innovators. He has been named as one of Forbes Magazine's Top 12 Most Disruptive Figures in Business.
Charles also co-founded the online art publication Subsystence, which uses the web to provide global exposure for the work of independent artists. He also co-founded Source-ID and was Principal Creative Director there.
Charles is hugely passionate about the internet's potential to unlock the creative and economic possibilities lying at the margins of mainstream culture.
His energy and vision have helped thousands of innovative individuals reach an unprecedentedly global audience, leading to what he calls the emergence of a new global creative class. A true pioneer with a knack for disruptive innovation, brand building and consumer engagement, he speaks brilliantly on how the digital era is set to change the face of global business.

His speaking topics include:

Combining the internet with the real world