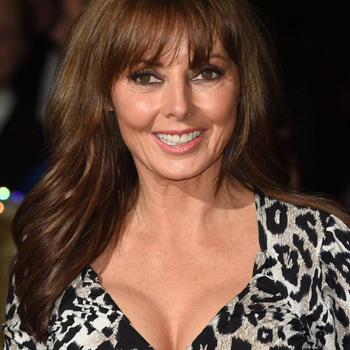 Carol has been a permanent fixture on our screens for many years, not only due to her 26 years on Countdown, but also numerous other shows including BBC’s ‘Tomorrow’s World’, ITV's ‘Loose Women’, 'Who Wants To Be A Millionaire', and ‘I’m A Celebrity… Get me out of Here!’. For more than 20 years, Carol has also been the host and key champion of ITV’s acclaimed ‘Pride of Britain Awards’. She certainly is someone we all recognise!

Carol has also written for The Daily Telegraph and published a huge number of books, including ‘Detox For Life’ which has sold over one million copies, and her ‘How To Do Sudoku’ range of books. She also has her own online maths school The Maths Factor teaching nearly 100,000 children, and has become the best selling children’s education author of all time in the UK with a large range of books on mathematics, English and science! A new and exciting focus on learning.

Carol is renowned for her passion for flying and science. In 2014 she fulfilled a life long dream and qualified for her private pilot’s licence. She is also Ambassador for the RAF Air Cadets, becoming the first women to be appointed as an HonoraryGroup Captain.

In 2021 Carol plans to fly her plane solo around the globe...only 10 women have ever done this. A great choice for corporate events.