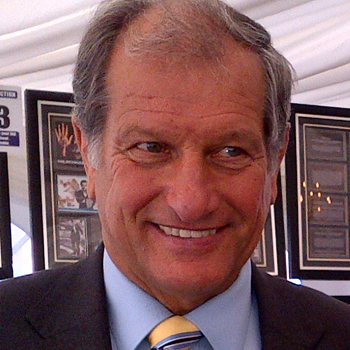 Bob Champion was born into a hunting family in 1948. His father was a huntsman to the Cleveland in Yorkshire, where he started riding at an early age hunting with his sister and father.
Bob's successful racing career also took him to America where he rode several winners. But in 1979 he was diagnosed with cancer and was given just six months to live. After several months of chemotherapy he returned to race riding, coming back with several winners both in England and America.
In 1981 Bob won the Grand National on Aldaniti, trained by Josh Gifford. He finally retired from racing in 1983 having won some 500 races. Some of the other major races Bob won during his career include The Tote Eider Chase, The Hennessy Cognac Gold Cup, The Black & White Hurdle, The SGB Chase, The SGB Hurdle and the Whitbread Trial Chase.
In 1983 Bob received the MBE and also formed the Bob Champion Cancer Trust which, has raised over ten million pounds towards cancer research.  His life story was portrayed in the book 'Champion's Story' subsequently made into the feature film 'Champion' starring John Hurt.
Bob undertook the 'Ride for Life' in 1996, riding on several horses from Hollyrood Palace in Edinburgh to Buckingham Palace, where he was greeted by The Queen.  A million pounds was raised and together with a further £1m donated by the Institute of Cancer, a new Research Unit at the Royal Marsden Hospital was opened in September 2000.
Bob retired from training racehorses in 1999. He later started a scheme with the Northern Racing College to encourage school leavers to have a career as stable staff and apprentice jockeys.
Bob regularly speaks at numerous functions and after dinner events and is a fabulous after dinner and motivational speaker for any corporate engagement. His incredible story of courage and endurance has been an inspiration to many.
In 2010 Bob Champion set off in aid of The Bob Champion Cancer Trust and the Injured Jockeys Fund, he visited all 60 racecourses in Britain in 60 consecutive days, criss-crossing the country in a 10,000 mile marathon.
Read More