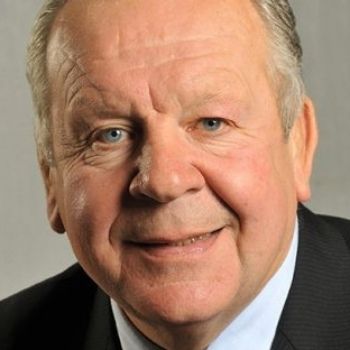 Bill Beaumont OBE will always be remembered as a great leader and captain. His triumphs in 1980 will never be forgotten when he led England to their first Grand Slam since 1957 and was captain of the British Lions.

Bill's International career started in 1975 against Ireland and in all he played for England 34 times.

His first involvement with the British Lions was in 1977 when he was flown out to New Zealand as a replacement.

He played three games but the greatest honour of his career was when he was invited to captain the British Lions in South Africa in 1980.

Sadly a head injury, while playing for Lancashire in the 1982 County Championship final, prematurely ended his career. However he is just as well known these days for his television and media work. Bill was the longest serving team captain on BBC's 'A Question of Sport' with over 300 appearances and has been a studio analyst and expert summariser for the BBC and SKY Sports.

Bill has gone to be the Managing Director of his family textile business (founded in 1888 and been in the family for four generation), and was awarded the Queen's Export Award in 1996. Bill was also awarded the OBE.

He is a very popular after dinner speaker.
"Bill was excellent and his speech was so good that I wished he could have gone on longer. He was great to work with."
Bill spoke at the Stone Federation Great Britain Awards
Read More