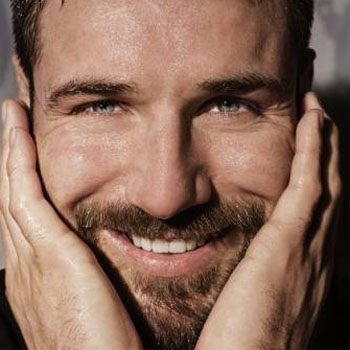 Ben Cohen MBE, is among the world's greatest athletes. He enjoyed a highly successful rugby career; scoring 31 tries and earning 57 caps; making him the third top try scorer behind Rory Underwood and Will Greenwood in the list of all-time England try scorers. In 2011, Ben retired at the top of his game to found the Ben Cohen StandUp Foundation; the world’s first foundation dedicated to raising awareness of the long-term, damaging effects of bullying.

As Chairman of the Foundation, Ben travels worldwide speaking to students and businesses about the importance of character, respect and equality in creating a kinder world. The cause is close to his heart, as Ben’s own father was beaten to death when he stood up for an employee who was being attacked.

Ben has reached millions of people with his message through global media coverage, films and over 500,000 followers on social media. With his leadership, cities across the United States have passed StandUp declarations, calling for an end to bullying. Working with the UK Home Office, he has led the charge for the StandUp Charter to end homophobia across sports in his country, including broad adoption (4,500 professional teams) to date in soccer, rugby and tennis.