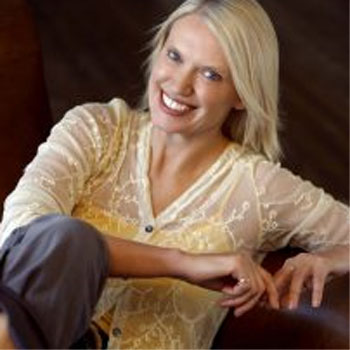 Anneka Rice is an award-winning broadcaster and Britain’s favourite “Action Girl” since she shot to fame in Channel 4’s Treasure Hunt programme; which is still the Channel’s highest rating programme ever! She went on to devise “Challenge Annkea!” for the BBC and has been a presenter of many shows and is also an author.

Since she was the Sky-Runner in Channel 4’s “Treasure Hunt”, she has presented Sporting Chance, TVAM, Driving Force, Wish You Were Here, Capital Woman, Combat, Holiday, Hell’s Kitchen, The Royal Variety Performance and numerous other shows!

Before “health and safety” had been invented, she jumped out of planes, landed helicopters on submarines, pot-holed in treacherous conditions, climbed mountains and generally risked life and limb on a weekly basis. On the Action Girl theme, she produced a series of books and videos called The Adventure Series, brought out a range of jumpsuits and she was immortalized in Madame Tussauds, hanging from a rope ladder in the foyer.

“Challenge Anneka” (BBC1) was of her own devising. Each week the Challenge team took on a seemingly impossible task which had to be completed entirely with the help of volunteers and donated materials and supplies. The projects included, most famously, the renovation of a Romanian orphanage, the equipping of a refugee camp in Malawi, the building of a suspension bridge, a quay, a lion enclosure, soup kitchen, the list goes on. The programme shone a spotlight on issues like disability, homelessness and animal welfare and has raised millions of pounds worth of supplies and services for charities and communities. It has left an amazing legacy around the world.

Anneka is still closely involved with dozens of the projects, many celebrating their 25th anniversaries this year. She is also a passionate befriender through her local charity FISH and would like everyone to “adopt” an elderly person to help battle loneliness.

She is a Patron of 3 charities - Operation Encompass, Help for Heroes and Horatio’s Garden.

Anneka competed in ‘Strictly Come Dancing’ 2019 where she was partnered with Kevin Clifton.