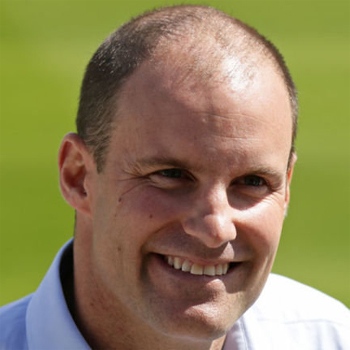 Andrew Strauss is the England Cricket Captain, one of only three England Captains ever to successfully lead England to Ashes victories at home and away. He is also leading run scorer in the current team having passed 6,000 Test runs. In addition as captain of the One Day team, he has made over 100 ODI appearances for England.
In 2009 he was nominated for 'BBC Sports Personality of the Year' and was granted the 'Freedom of the City of London'.

Andrew is the consummate professional and despite his late arrival on the international cricket scene (following time working in the City) he has made the best of his talent in order to become one of the very best current international batsmen.  In 2009 he was the leading international run scorer worldwide. With 19 Test centuries he is in the top ten England players of all time.

A sportsman at the very top of his game Andrew can give Directors, Management, Employees and Clients a real insight into Leadership, Teamwork, Motivation and Success from his experience of the world of sport.