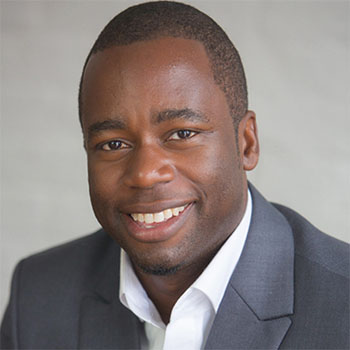 Over the past ten years Andrew has become one of the UK’s most prolific social media trainers, keynote speakers and consultants; working with large brands, across multiple sectors. He knows first hand the disruption the digital sector can cause having been at MySpace through their early exponential growth, before being crushed by Facebook.

Andrew cut his digital teeth at the frontier of the social media explosion at the turn of the millennium. He started moderating chat rooms and forums for the TV show Pop Idol, Liverpool Football Club, Playstation and Friends Reunited.

He went onto be part of the founding team for the then newly created digital radio station BBC Radio 1Xtra. From there he went on to work for MySpace, where he was part of the team to help launch its UK Marketing and Content Division in 2006.

Andrew went on to found his training and consultancy agency, The Worst Kept Secret, where he worked with very large UK and global brands on their digital strategy.

A landmark moment for Andrew came when he launched the visionary Social Media Fundamentals Program, to international acclaim. The controversial initiative was the UK’s first social media course designed to improve numeracy and literacy and was connected to GCSE English coursework.

For four years Andrew has sat on the Ofcom Advisory Committee for England where he has a strong focus on technology, young people, diversity and small businesses.