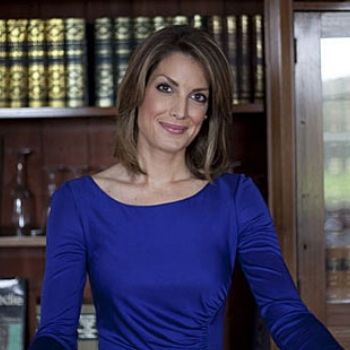 Andrea has had a broad career as a journalist and TV presenter. She presented the ITV news and anchored the ITV network news programmes on the day Britain confirmed military action in Libya and on the day the Japanese earthquake and tsunami struck.

She is also the face of the evening news and magazine programme Wales Tonight for ITV Wales and guest presents Good Morning Britain.

Notable live broadcasts include her award-winning analysis of the coalition government's spending review, the election of Wales' new First Minister; and a broadcast from the top of Snowdon.  She also interviewed Prince Harry about his charity work before he left for the World Cup in South Africa.

She has also presented the arts series The Wales Show, which included following mezzo-soprano Katherine Jenkins for a special documentary and taking on the challenge of stand-up comedy!

Andrea is known for her warmth and authority as a host at high-profile corporate and charity events.  She has hosted a number of awards and shows, including Wales' Political Awards and the Business in the Community Awards.

She is a Patron for Kidney Wales, hosting several of their fundraisers and she is an Ambassador for the Duke of Edinburgh's Award Scheme, taking part in their outward bound adventures to raise support for their work with young people.  She also supports Ty Hafan Children's Hospice, George Thomas Hospice Care, Barnado's Cymru and Trust PA.

"Andrea was fabulous, a real pro! She was a delight to work with and I don‘t have a single negative thing to say. We would be very interested in booking her again."  RICS Wales Awards