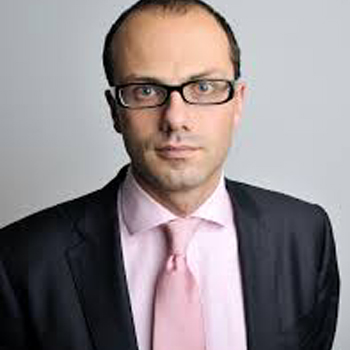 Allister Heath is one of the City's most thoughtful and energetic commentators.
Since 2008 he has been editor of City A.M., the daily business newspaper distributed in and around London. Under Allister's editorship, City A.M.'s circulation has grown to 100,000 copies per day, making it one of the most influential voices in London's business community. Prior to taking over at City A.M., Allister was editor of The Business magazine. He is also currently a contributing editor of The Spectator.
His columns in City A.M. and The Daily Telegraph are widely read for their penetrating insights and provocative commentary on economic and financial affairs. Allister also appears regularly on radio and television programmes such as Newsnight, Daily Politics and the Today programme.
In 2011 Allister was awarded the Free Enterprise Award by the Institute of Economic Affairs and was voted the 2012 SIMA Financial Journalist of the Year in the City of London Wealth Management Awards. During 2012 he chaired the Tax Paxpayer's Alliance 2020 Tax Commission, which recommended radical changes to the UK tax system.
Allister was one of the youngest newspaper editors in the UK. He is highly intelligent, with a dry sense of humour, and mixes a strong commitment to free market economics with an unrivalled knowledge of the City.  Allister speaks fluent French.
Read More