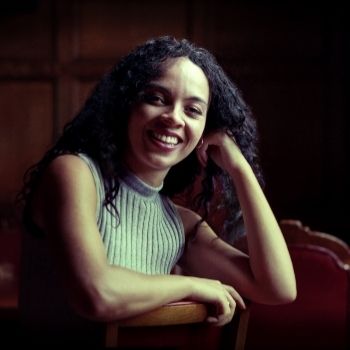 Alexandra Wilson is a young and driven barrister, author and campaigner. She first came into the public eye when she was mistaken for a defendant three times on the same day in court.

Alexandra has made it her mission to challenge discrimination in the courtroom. She has used her knowledge of this discrimination to talk on radio on BBC News, ITV News, Good Morning Britain and Women’s Hour to name but a few.

As an author, her widely praised book “In Black and White: A Young Barrister’s Story of Race and Class in a Broken Justice System” portrays to us all the current justice system where a disproportionately large number of Black people are charged, convicted and sent to prison.

She studied Politics, Philosophy and Economics at the University of Oxford and was awarded two prestigious scholarships and is now the founder of Black Women In Law, an organisation with over 500 members. She also co-founded One Case At A Time, an organisation which facilitates legal funding and representation in cases of injustice for Black people in the UK.