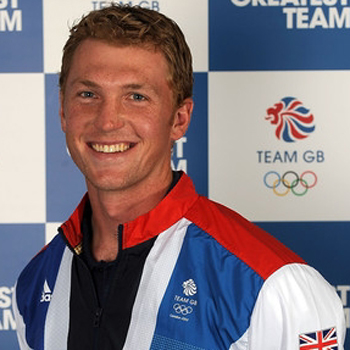 At the 2012 Olympic Games in London, Alex Gregory raced in the men's four with Pete Reed, Tom James and Andrew Triggs-Hodge. Despite pressure from the experienced Australian crew, the GB crew led the final from the start to become Olympic Champions.
During the 2012 World Cup Season, Alex raced in the men's four winning gold in Belgrade and Lucerne although in Munich, the Australians forced them into the silver position.
In 2011 at the World Rowing Championships in Bled, Slovenia, Alex was in the men's four that took gold ahead of Greece and Australia. That same crew took gold in the men's four in both Munich and Lucerne in the World series.
At the 2011 GB Rowing Team Senior Trials at Eton/Dorney, Alex came second in the men's pair with Tom James after a thrilling race.
In challenging conditions of rough water and blustery winds, on New Zealand's Lake Karapiro, Alex raced in the men's four at the 2010 World Rowing Championships but came a disappointing and unexpected 4th.
That same year Alex raced in the men's four in the 2010 World Cup series, taking gold in Bled, bronze in Munich and an exceptional gold medal in Lucerne.
Alex learnt to row at Evesham where he was coached by Mark Earnshaw, who was at that time a history teacher locally.  Mark became one of GB Rowing Team's first Start coaches and Alex won a place at Reading University where they teamed up again.
Alex gained his first GB vest in 2004 at the World Rowing U23 Championships in Poland, finishing 11th in the quad.  At the World U23 Championships in 2005 he was 4th in the double and 8th in the single the following year.  He graduated from Reading University in 2006 and has been a full member of the men's squad since then.
Alex came 15th in the quadruple scull at the 2007 World Championships in Munich having raced in that boat through the 2007 World Cup series.  He was selected for the 2008 Beijing Olympic Games as a reserve, having narrowly missed out on qualifying the men's quad for the Games.
Alex is a product of the GB Rowing Team's Start Programme, sponsored by Siemens. In his first season in 2009 he was a winner in the pairs at the GB Rowing Senior Trials.  He established his place in the new GB four during the 2009 World Cup Series, winning two golds and a bronze to take the overall 2009 title.  He was the 'rookie' in the boat, racing with 3 experienced Olympians, all medallists from Beijing.
At the 2009 World Rowing Championships the GB four proved themselves technically superior and were worthy winners of the gold medal, almost 2 seconds ahead of Australia.
Read More