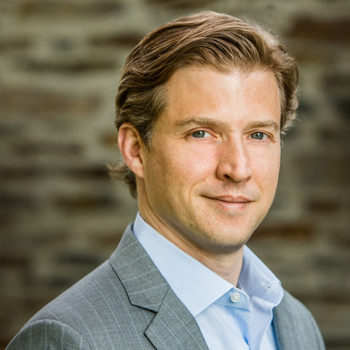 Former US Senior Advisor for Innovation to the Secretary of State.
For four years Alec Ross served as Senior Advisor for Innovation to the Secretary of State, a role created for him by Hillary Clinton to maximize the potential of technology and innovation in service of America's diplomatic goals. He advanced the State Department's interests on a range of issues from Internet Freedom to disaster response to responding to regional conflicts. Previously, he served as Convener for the Technology, Media & Telecommunications Policy Committee on Barack Obama's 2008 presidential campaign.
As a keynote speaker Alec Ross provides an expert's point of view on topics ranging from social media to the President's innovation policy to cyber security. His firsthand experience implementing strategies at the State Department allows him to present a unique perspective on the USA's current issues.
After graduating from Northwestern University, Ross started his career as a teacher in inner-city Baltimore. In 2000, he and three colleagues co-founded the nonprofit organization One Economy which grew from modest origins into a global organisation serving millions of low-income people, with programs on four continents.
During his time at the State Department he managed a large-scale process for making the U.S. Department of State a more innovative institution. A 2012 study by Deloitte and the Partnership for Public Service scored the State Department as having the most innovation friendly culture of any cabinet-level agency.
An advocate for Internet Freedom, he established a global Internet Freedom agenda that became the first distinctly 21st century human rights agenda, deploying $100M in funds for cutting edge projects that keep the internet open and help protect citizens and activists. He also developed a program to build the capacity of civil society organizations that work on issues consistent with America's foreign policy goals, training more than 1,130 civil society organizations from 81 countries to date. Understanding the growing importance of social media, Ross conceived a system of public diplomacy through social media that now reaches 15 million people a day. He is largely responsible for creating the system of using text messaging codes to donate to relief funds.
Ross has received recognition for his work including 'Top 100 Global Thinkers by Foreign Policy Magazine, Huffington Post's 10 Game Changers in Politics, 2012 Tribeca Film Festival's Disruptive Innovation Award honoree, the 2010 Middle East/North Africa Technology Person of the Year by the Union of Arab ICT organizations and the Department of State Distinguished Honor Award.
He has been a guest lecturer at numerous institutions including the United Nations, Harvard Law School, Stanford Business School, the London School of Economics and a number of parliamentary bodies. His writing has appeared in publications including the Johns Hopkins SAIS Review of International Affairs and the NATO Review.
Read More