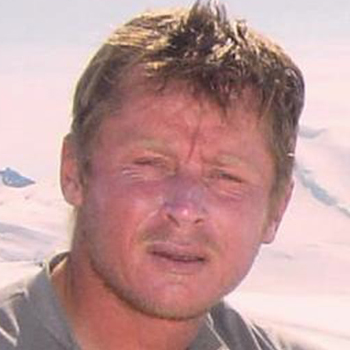 Alan Chambers is a former Royal Marine Commando of 18 years and Polar Explorer.
A Keynote &  Motivational Alan is highly regarded as an international leadership Speaker. His achievements speak for themselves.
Having travelled the world over in over 60 countries Alan is best known for his 2000 expedition leading the first British Team unsupported to the Geographical North Pole from Canada  -over 1000 kilometers in 70 days. The documentary was shown on Discovery channel over 20 times and generated over 20 million pounds of publicity for their sponsor Diageo Johnny Walker.
In addition to this Alan has -
Through his Polar expeditions Alan has raised over £5 million for charities and is a Ambassador for the Lewis Moody Foundation and Royal Marines Charitable Trust Fund.
A Global accomplished international motivational and leadership speaker, Alan has spoken over 70 times a year to all major sectors in industry finance medicine sport and mainstream commerce.
In 2003 he was selected to be a motivational speaker for the Sir Clive Woodward to the England Rugby team and in 2005 a speaker for England Ashes winning cricket team
He is also author of a best selling leadership book - Keep Walking.
"Alan's amazing story and the remarkable focus he had around the North Pole Trip truly inspired the team in their preparation for the World Cup"  Martin Johnson - Former England Rugby Captain
"Inspirational He's a genuine hero"  Charles Dunstone, Carphone Warehouse
"Alan Chambers gave us an hours presentation on how he got through an unsupported walk to the North Pole an amazing journey of endurance, skill & strength. There were parallels to be shared and he told us there would be blips and setbacks along our route. After the first test I remembered what he had said" Michael Vaughan - England Ashes Captain
Read More