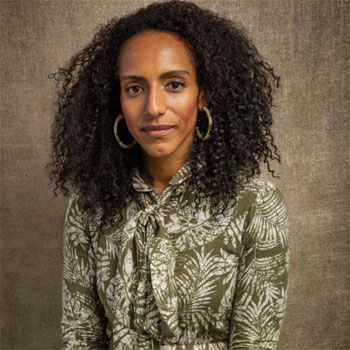 Afua Hirsch has been a journalist for more than twenty years, having begun reporting for The Voice - Britain’s oldest black national newspaper - from the age of just 14.

She went on to work in international development in 15 countries in West and Central Africa and then qualified as a barrister, where she worked in media law, international justice and human rights.

Afua has held senior positions at The Guardian Newspaper - where she continues to write a regular column - and Sky News, where she is still a presenter on flagship debate show THE PLEDGE. She is currently presenting documentary series' for UK and US TV, and a podcast series for Audible.

In 2016 Afua's debut book, BRIT(ISH): ON RACE, IDENTITY AND BELONGING, was awarded the Royal Society of Literature Jerwood Prize. She is the Wallis Annenberg Chair of Journalism at the University of Southern California in Los Angeles, and one of the “rebel” judges on this year’s prestigious Booker Prize.