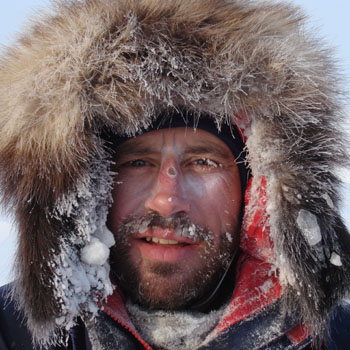 Adrian Hayes is a British record-breaking polar explorer and adventurer. He brings his experiences as an extreme adventurer and his corporate background to his keynote speaking and his work as a business coach, author and campaigner.
Arabic and Nepalese speaking, the former Airbus Middle East Sales Director and British Army Gurkha Officer has achieved more major goals than almost anyone in the world Everest, K2, the North Pole, South Pole, the length of Greenland by kite-ski, the Arabian Desert by camel, two Guinness world records, two documentaries and a book.
One of the few extreme adventurers in the world with a senior corporate background, he is an internationally acclaimed keynote or motivational speaker and professional leadership, team and executive coach, delivering speeches, seminars and programs worldwide.
A passionate lifetime follower of international affairs and an ambassador on economic, social and environmental sustainability, he is equally at home speaking, writing and campaigning on many contemporary world issues.
Adrian has featured in two TV documentaries: the 2011 National Geographic Channel 'Greenland Quest' and the 2013 Discovery Channel 'Footsteps of Thesiger'. His first book 'Footsteps of Thesiger' was published in 2013.
Read More