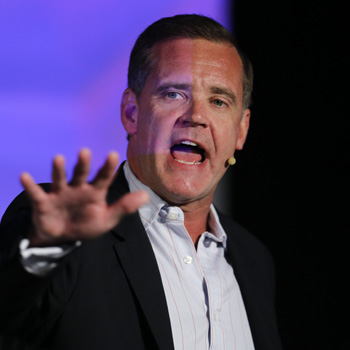 A native of Australia, Aaron began his journalistic career as a News reporter for Prime Television/Seven Network in both Sydney and Canberra. Here he gained invaluable experience in news reporting as well as developing his abilities as a live-on-air and on-set presenter and in 1998 was awarded the Australian National Press Club's award for Best Creative Story on Tourism. More recently, he was named the Daily Telegraph's Best Commentator of the Year 2009.

The experience he gained as a news reporter set the seal on his career as he travelled throughout Europe, Asia and the United States of America. In fact it has been his interest in foreign travel and ability to communicate with peoples from a wide mix of cultures and many different social backgrounds that has been the corner stone of his subsequent career.

Following on from his work in Australia Aaron was appointed European Bureau Chief in London for Paramount Picture's Real TV News. Here, he single-handedly increased the European story output to a height that had never before been achieved. He was required to travel far and wide throughout Europe, researching, writing, directing, producing and shooting on location a constant flow of high impact interest material.

It was as Senior Newsreader and Editor for afternoon and evening programming that Aaron made a very considerable contribution to the output of Copenhagen based CNBC Nordic. Broadcasting news on the hour to more than five and a half million homes throughout the Nordic region more than kept him busy. However, he also broadcast live scheduled inserts to the entire CNBC Pan European feed that reaches no less that sixty-five million homes across the continent.
In 2002 Aaron made a career move to the internationally revered British Broadcasting Corporation. BBC World is relied upon for accurate, up to the minute reportage on all aspects of current affairs. It was here that Aaron became an active member of the high profile team that presents the business news. Presenting both World Business Report and on the hour Business News bulletins he covered not only the latest from stock markets from around the globe but also breaking stories.
He is also a regular business presenter on BBC Breakfast, where he presents live from the London Stock Exchnage, as well as in the studio.
These have varied from the consequences of the ongoing war on terrorism, the vagaries of the Argentine economy, the plight of Japanese banking, trade disputes that rage between the EU and USA, EU competition rules, the Iraq war and the virtual collapse of world tourism that arose from the outbreak of the SARS virus. The impact that many of these events has had upon the fortunes of the world's airlines has been yet another topic.
Aaron continues to work on these important projects as well as providing reports for Fast Track, BBC World's weekly travel news programme. Very much in keeping with Aaron's own great personal interest in travel, this popular feature programme includes weekly reports on the latest global airline news and not least advice on the hot deals offered by the world's airlines.
Read More